his page will be a constant stream of LoveMusings picked up while on my travels. Things that are worth sharing and documenting but don't fit on a full page. Thoughts, musings and idea, some by me and some from people I meet. Send me your LoveMusings, LoveStories, LovePictures and anything else.

If you want to submit your LoveMusings or full LoveStories or in fact anything else. Please get in touch via the contact page. 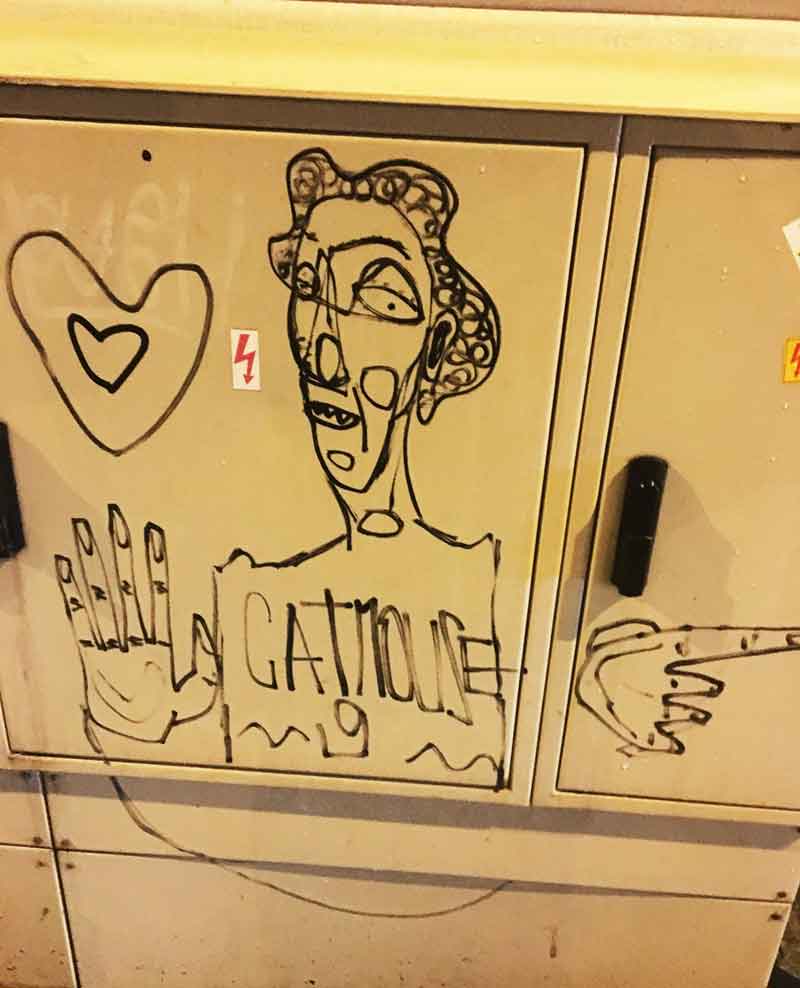 Questions for a 12 year old

What is love to you?
Love to me is not something you can explain. Love is the way everybody lives it or wants to live it. I don't think there is a summary.

What does love feel like?
It's one of the most beautiful things, but it can also break your heart.

How do you know you're in love?
You are always a bit excited when you are close to the person and there is such a tingling. You just notice it and it often feels good. And when the person is in love with someone else, you feel jealous.

Do you think you can love more than one person at the same time?
Like I said, everybody loves differently and if that's love for one person, then it's love.

How would you feel if you were with someone and the person was in love with another person?
Personally, I wouldn't like that. I don't have any real reason, but I wouldn't feel comfortable with it.

Letting go in a partnership

Have you been in a relationship long? Has habit taken the place of love? In the following video I briefly share the feeling of fear of loneliness…
‍
I think partnership also has a lot to do with habit, because at some point you might have the feeling "ok now it doesn't work so well anymore", but you also don't necessarily want to leave the other person because you're so afraid of emptiness and loneliness. I just had this feeling this morning: I was abandoned, not by my partner, but by a girlfriend who just changed places and I feel totally abandoned and lonely and I think it's a bit like living with a person and experiencing so much in common, spending every day with each other, doing everyday life together and suddenly making this decision: "hey that's it, let's separate, we'd rather go different ways because we've moved away from each other". That's totally brave and I can feel it again this morning: letting go is a big topic in the partnership. I believe that only those who can let go can experience something new again and look forward to new beautiful things. That doesn't mean that the recipe for all non-functioning partnerships is to let go and dissolve the partnership, but it shouldn't be a hurdle to end a partnership that doesn't work or doesn't do you good.

To miss someone dearly

In this video I deal with the strong feeling that arises when you can't be with your partner. Long-distance relationships often suffer from exactly this feeling.... I filmed it on the toilet of the ICE to Dresden. I often observe people with tears in their eyes saying goodbye at train stations. Heavy embraces and tender touches with soft words are so often to be seen. In the same way I perceive people running into each other's arms when a train arrives, I wonder: how long were they separated? A few days? A few months? Or even a few years? Have you ever had a long-distance relationship or are you even living in one? How do you deal with the desire to hold your partner in your arms, to feel close to you? I’m thankful for any comments… 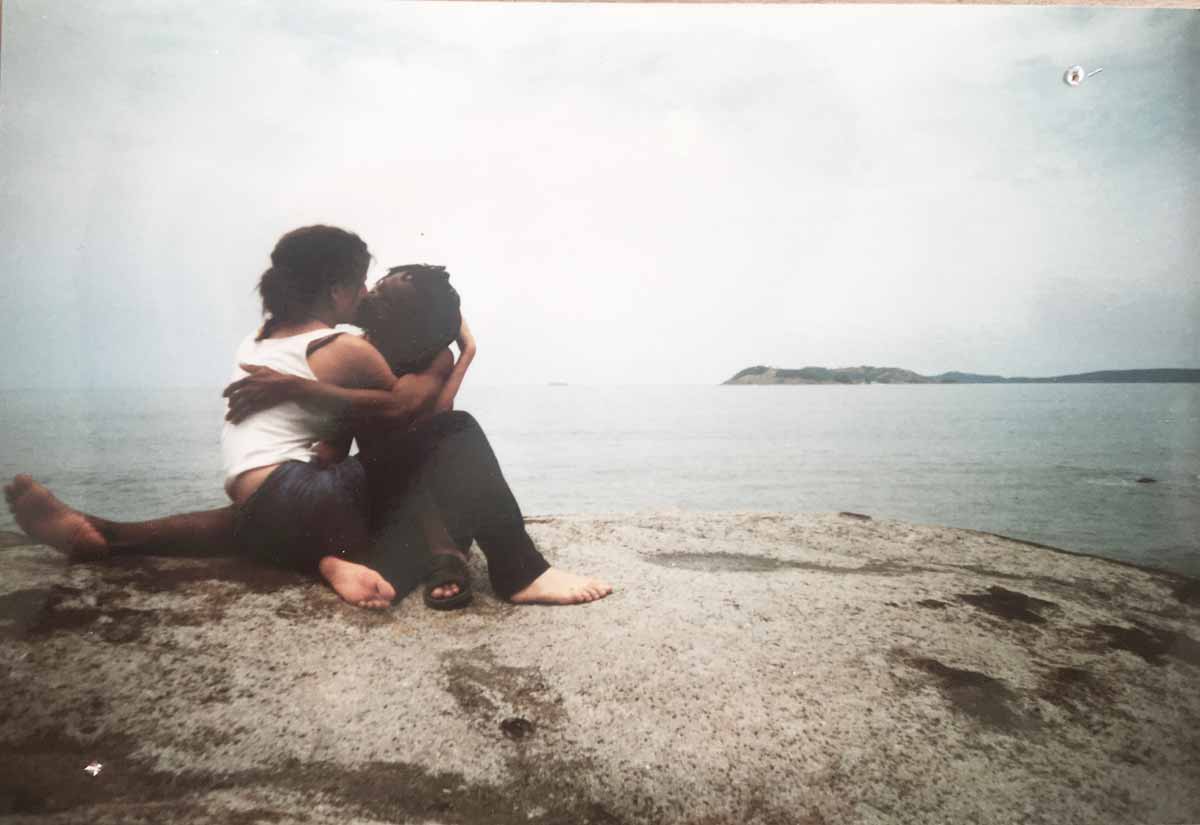 MEMORIES OF LOVE AT AGE 16

When I was 16 years old I fell in love with an African man on a trip to Africa. He was the caretaker of the house on the island where I was staying. It was only shortly before I left that I dared to show him that. The remaining days we spent together around the clock as lovers. I was still young, not yet had much experience with men, but this man enchanted me completely. I was fascinated by him, by his way, which was so different, so direct and physical. His skin felt completely different than the skin I had touched before. The environment has made this very special energy between us a special experience. Everything was so new, so intoxicating, but it didn't take off but felt strongly rooted. We were outside in nature the whole time. Loved us there, talked there, slept there. I felt safe with him. Everything else seemed pointless to me...

For me a world went under at that time when I had to fly back to Germany. After almost twenty years I can still remember exactly the pain I felt at the airport when I had to say goodbye. I can still remember his smell exactly, how he had looked at me and encouraged me that we will see each other again soon. I can even see his sports shoes in front of me... ...arrived at home, I spent days, weeks and months crying. It was not easy for my mother because I unpacked my things with great sorrow. I didn't want to be here, I wanted to go back. That was the beginning. A love for a person turned into a strong attraction to a continent that I would discover in the following years. We had a long-distance relationship for two years. Many letters written, small parcels sent and sometimes even telephoned. This was not as easy as it is today and very difficult to get through at all, the connection was almost never there.

We had to make out clear telephone times, all my money went towards it ;) ...then it was time: I booked my flight, wanted to go back to him. It almost tore me apart with longing. And then the message from the embassy that I won't get a visa on the grounds that it was too dangerous for political and health reasons. I could not believe it. However, I had no other choice.... At some point the contact was lost. Then years later I met him there again in the village, this time not as a lover, but as a friend. I like him very much. I still think of him... And recently (almost twenty years later) I had to learn from my mother that it wasn't because of political and health reasons that there wasn't a meeting, but because my father didn't want it! Through his contacts to the embassy, he prevented his daughter from starting a relationship with an African man far away in another country. That was a shock! 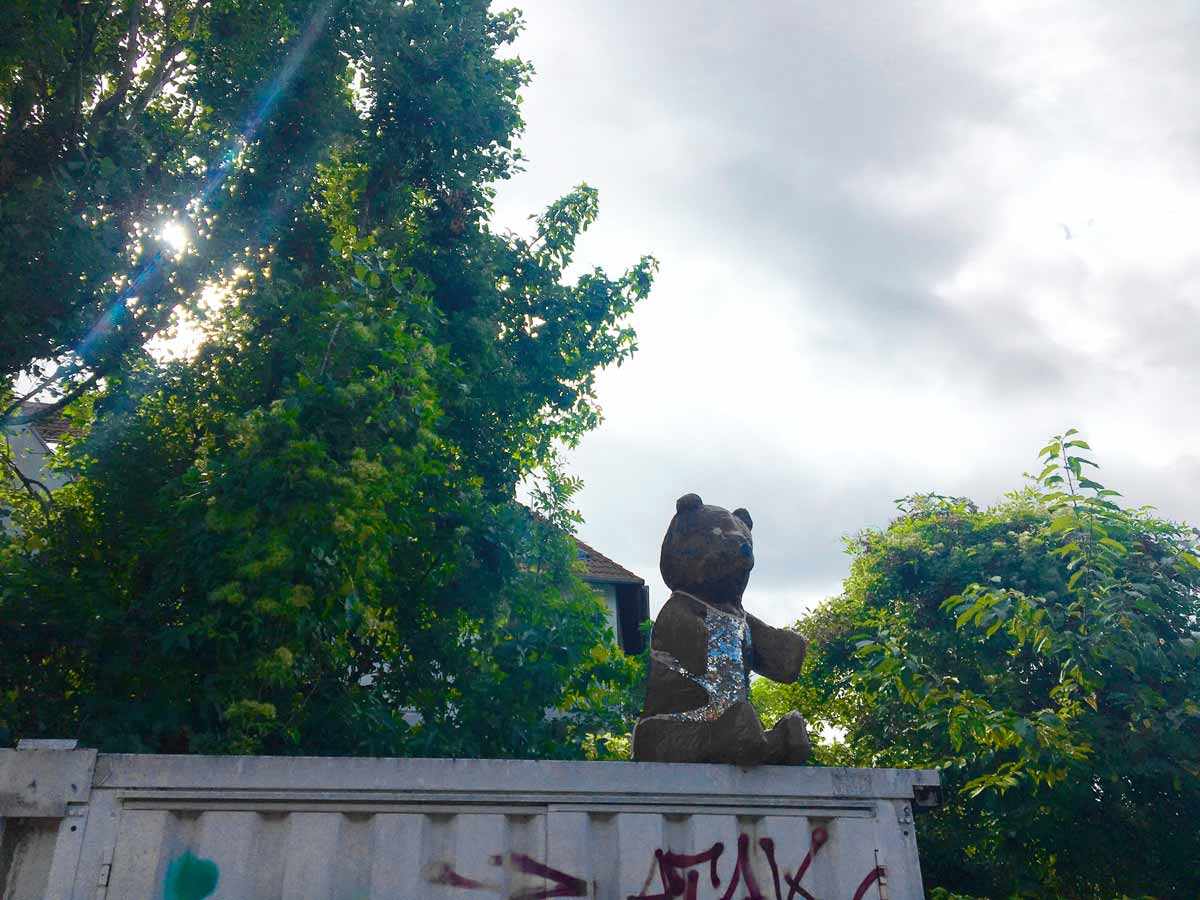 Susanna was three years together with Ben. They lived a long distance relationship. She left him in 2011 when she found out, she is not his only girlfriend. In the following audio track I read you a page of her diary she sent me (it's from 21.03.2009). They were having a lot of fights but in the moment she wrote that page she was believing again in this very special relationship…

Sex without love is imaginable for many, love without sex on the other hand hardly... I have met Manuela, her experience about sex and love are the trigger of my following thoughts...

Is love possible without sex? Or is that just part of it? She doesn't want to sleep with him. But he wants to sleep with her. She loves him. He loves her and can't just lie next to her without touching her. When he touches her skin, his whole body trembles. He and she have been together for eight years. Not always in a relationship. What is a relationship? When would you talk about a relationship? What do you do when you just don't have a sex need, but your partner does? The beginning of cheating? Or the beginning of an opening to another form of relationship, such as polyamory, i.e. the love of several partners?

Everything just a question of agreements and negotiations? Don't fears of loss and jealousy automatically arise? I believe that openness and honesty are the most important basis. Everything is based on this. I must be able to leave myself, then I can trust, I can deal better with the truth. I think the worst thing is when you have distrust and don't feel treated honestly and you have the constant feeling that your partner is not telling the truth and cheating on you, doing something behind your back. That doesn't feel good and you become justifiably jealous and your need for control increases and voilà: already you are in the vicious circle of reproaches...how to get out? I think we should make less demands on our partner for power, that doesn't work in connection with love. It is better to put more energy and love into oneself, to recognize and appreciate oneself. Then you discover that you also have the need for freedom, you do not want to become possessed. Then it may be easier to understand that you value your counterpart and that is the basis for love agreements. 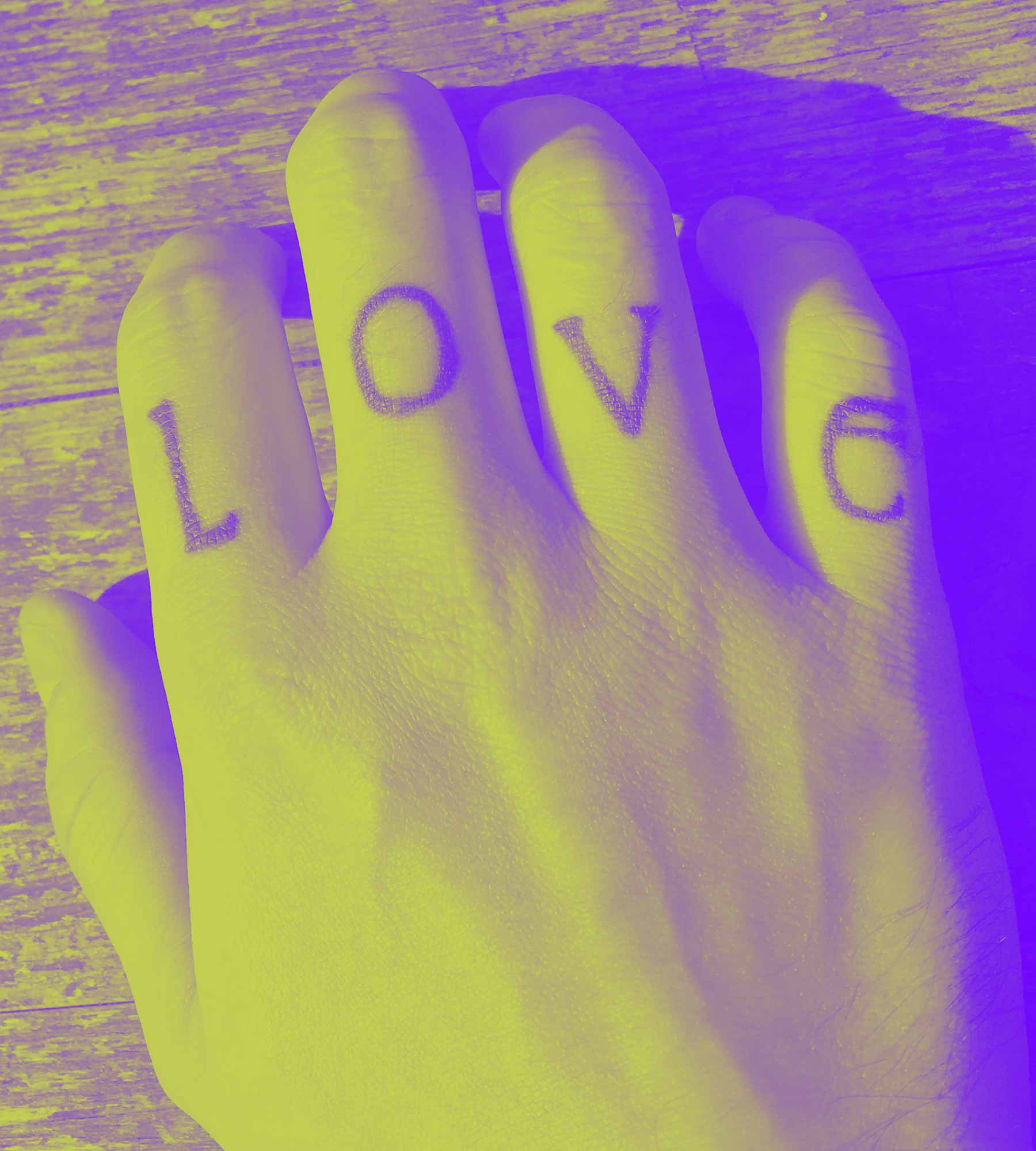 Frank was sitting next to me in a café in the streets of Marseille. I was curious why he tattooed l o v e on his fingers. So I asked him... listen to his answer:

Thanks for contacting LoveArchive. We will get back to you as soon as possible. :)
Oops! Something went wrong while submitting the form.